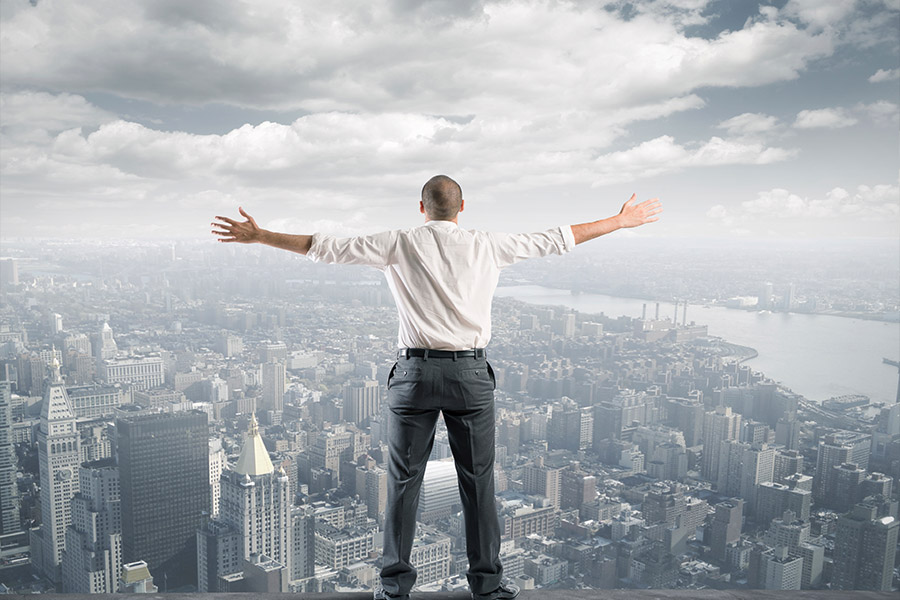 “How tall are you?” I asked my client, at our first meeting. He was sitting all scrunched up in the corner of his armchair, as if to make himself as small as possible. He was tall, but awkward, as if he didn’t quite know what to do with his long limbs, even after having at least a decade to get used to them.

He answered, “Six-five.” I was shocked! Despite his height, he seemed small.

“This is my made up story,” I told him, “But I’m guessing that you’re afraid of intimidating people because of your height, so you don’t own your size and space.”

He stared at me with his mouth open. After a second, he said, “I’ve been ashamed of my height my whole life.”

When we own our bodies and claim space, it is felt by those around us, though they may not be able to define what they sense. We nonverbally send signals that tell others how comfortable we are in our bodies and our surroundings. Our level of confidence is on display for all to see. One way we convey confidence—or our lack of it—is by claiming space.

I first learned about this concept in Music Grad school. “Never practice in a space that is smaller than the largest space you will ever perform in,” my Coordinate Movement teacher, Barbara Conable, said.

“How can you do that?” I asked, thinking of the tiny practice rooms at PSU’s Lincoln Hall.

“The space you claim,” she told me, “is not defined by walls. You can claim the entire practice area, the entire floor, the entire building, the entire city. I once met a pianist who said he never performed in a space that did not include his daughters, even if they were back home in Russia and he was onstage in the United States.” 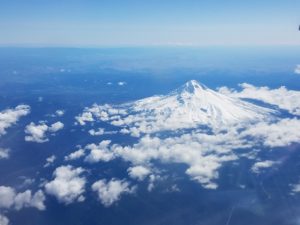 Claiming space is not a territorial move. When I claim space for myself, I don’t take it from anyone. For example, this is a photo of my mountain. Those of you from around here may recognize it as Mt. Hood. I do not own the land, but Mt. Hood is MY mountain, nonetheless. However, it is not only my mountain. It is also my husband’s. And my kids’. And it belongs to my best friend… and thousands of others who know it, love it, and claim it for themselves.

When we claim space, we don’t push others out; on the contrary, we create a place for others to join us. People can sense when we’re shut inside an invisible bubble, afraid of connection. They also sense when we open ourselves up by claiming space.

I’ll never forget the first time my colleague and I experimented with this. “Tell me,” I said, “How much space I am claiming right now.” I was sitting across the desk from her in our first floor downtown office. I closed my eyes, took a breath, and when I opened them I claimed the space between us.

“The desk,” she said. “You are aware of yourself and the desk.”

“Okay,” I said. “Let’s try again.” I closed my eyes. This time, I wanted to be BIG. I decided to claim space right up through the whole building to her apartment which was on the 25th floor of the same building.

As I opened my eyes, before I’d even fully grounded myself in all the space I wanted, she exclaimed, “Oh, wow! Whoa! This is amazing! You just got huge!” she said. “You went UP. Up and up and up!”

What struck me is that she knew exactly what I had done. It would have been more natural for me to expand laterally and claim the room, the entire office, or what I could see out the window. No, I went UP and she knew it.

Why is claiming space important? Because we can only have presence in the space we claim. If we are unaware of our surroundings or scared to put ourselves out there, our presence—who we are and what we’re all about—will be trapped in the invisible bubble forever. It takes courage and confidence to burst the bubble and be willing to share yourself with the world. But when we do, we nonverbally communicate our courage and confidence with the world, too.

That is what happened with my six-five client. Once he named his fear—that he would intimidate others if he stood up to his full height and breadth—he was able to abolish it. He took up all the space his body needed and claimed space around him for his presence. He looked like a different person: grounded, self-assured, present. He had been afraid of pushing himself on others and encroaching upon their space, so he’d fallen into the other ditch, which is to hide.

But in the middle, between pushing and hiding, there is a beautiful place called Confidence. It comfortably claims space and invites others in. Experiment, today. How aware are you of your body and your surroundings? Can you claim more space for yourself and invite connection with others? It is only by bursting the safe bubble that you can have any positive impact on the world around you.