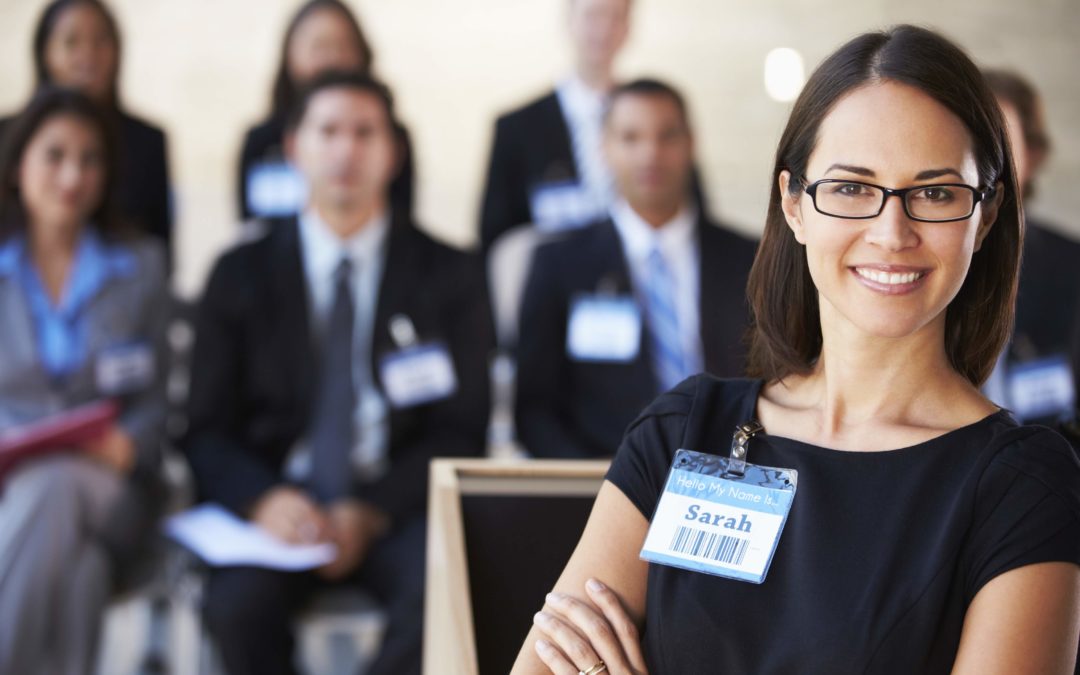 “Nice to meet you,” my coaching client said, as she walked into the office. She walked briskly to the chair I indicated, sat down, and asked, “How do we get started?”

Susan* knew exactly what she wanted in life, and as long as she knew how to get there, nothing could slow her down. Yet despite her intelligence, determination, and tireless work ethic, she couldn’t seem to break through to the executive team of the global organization she worked for. She wanted a promotion, and knew she’d be perfect for the job, yet hadn’t yet been successful in convincing the powers at be.

“My friend attended one of your workshops,” she told me, “and said I should get some coaching. I have a presentation coming up next month in front of senior leadership. I really want to hit it out of the park. I know where I want to end up; I’m just not sure how to get there.”

She stood up next to a flip-chart and that’s when she transformed. The articulate, purposeful, confident woman I had been speaking with suddenly became small, shy, and hesitant. She rocked back and forth from one leg to the other, her hands clasped nervously in front, smiled timidly, and said, “Thank you..? everyone, for coming today? I’d liked to share some ideas and some data with you…?”

Over the next few sessions, we worked on several aspects of both her verbal and nonverbal communication. First, I addressed her body language and voice pattern. “If you want people to take you seriously,” I said, “you need to stand and speak with authority.” We weeded out the nervous rocking so that standing up straight became more comfortable. I showed her what to do with her hands instead of the “fig leaf” clasping. And we practiced and practiced having her voice curl down at the ends of her statements, instead of up.

“Whoops! There you go again, curling up!” I’d interrupt her, laughing.

“Really?” she would ask, incredulous. “I didn’t even hear it.” We videotaped part of her sessions so that she could review and hear the difference for herself.

Ironically, Susan’s natural voice pattern was a curling-down pattern. In fact, her natural nonverbal resting place in one-on-one situations was so Authoritative that she had even been labeled “intimidating” by some of her peers! Yet as soon as she stood in front of a group (even a pretend one!), she lost all of her natural authoritativeness.

“Save that curling-up voice pattern for the Q&A at the end,” I told her. “That’s when you want to communicate openness nonverbally. When you’re stating the agenda, presenting information, or giving a status update, be Authoritative.”

In addition to working on her nonverbals, we also worked on the content of her presentation. She would rattle off a series of points, and then I would ask, “So what? Why does this matter? Who cares?” Susan would sit with the questions and think hard about them. I appreciated her lack of defensiveness and desire to improve. After careful thought, she would reword her point or strike it from the presentation.

“Executives tend to be strategic in their thinking, rather than tactical,” I said. “Don’t get bogged down in details. Tell them why this information is important and how it affects the organization. Paint a vivid picture of where the company will be after implementing your suggestions. Let them ask questions about ‘how’—and definitely be prepared for questions—but focus your presentation on the ‘why.’” I made her defend every point, so that by the end, she had a succinct, yet stirring presentation.

I emailed her after the meeting to see how it went. “Rachel, I hit it out of the park!!” she wrote back. “I got so many positive comments. The CEO was interested and supported my position. And I have a lunch scheduled with my division chief in a couple of weeks!”

Nothing could hold Susan back except her own communication. With a little help, she was able to send the clear, strong message she wanted and present herself as a visionary and a leader. She has been promoted several times and is now Vice President of her division.

How you present yourself sends a message. Often, you have no idea what that message even is! Be purposeful and congruent in your nonverbal communication and it truly can change your life.