How to Spot a Liar 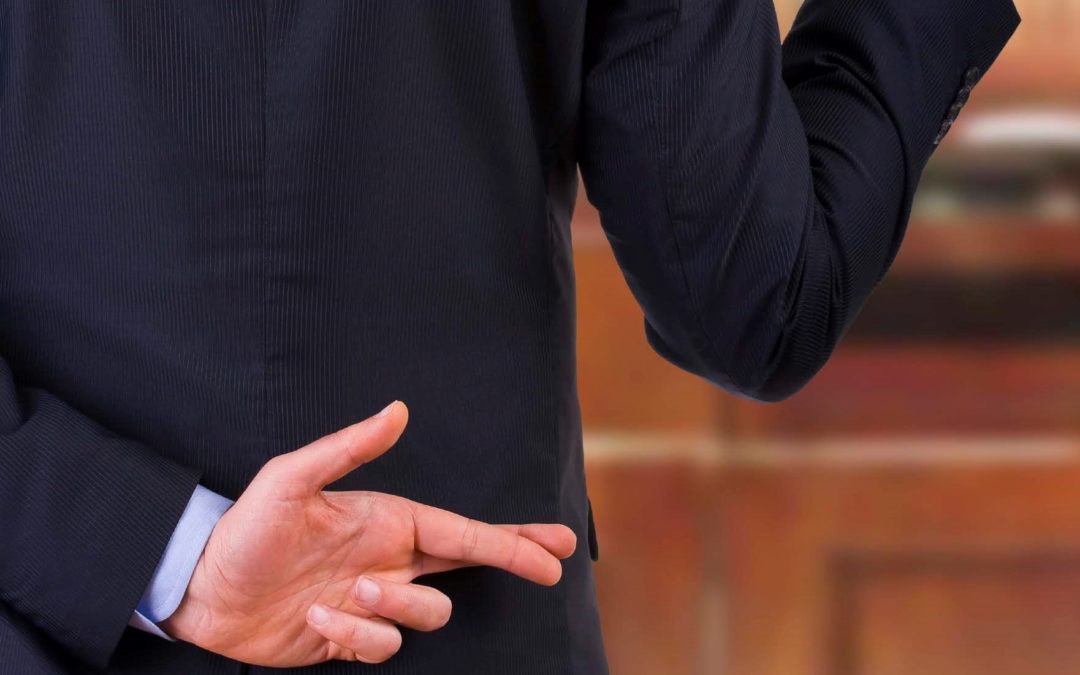 How to Spot a Liar

Countless books and articles give tips on how to spot lying by watching nonverbals, especially microexpressions—tiny, subtle movements that belie a person’s true emotional state. Yet even if noticing those almost imperceptible expressions works, what are you supposed to do? Stare down everyone you meet to check for lying?

I remember a conversation I had with a friend on this topic. She said, “It IS true that you can tell when people are lying by their body language. I do it all the time!”

“Sure,” I agreed. “Nonverbals can betray people when they are lying, but it’s also true that we can misinterpret them.”

“Well, maybe,” she said, “But I can always tell when my son is lying to me. His body language gives him away every single time! My daughter, she’s better at it. I don’t always catch her lies right away. But my son is a terrible liar.”

Without realizing it, she had just proven my point. A “good” liar is someone whose nonverbals don’t immediately give them away.

All the tell-tale nonverbal signs of deception—nervous tics, shifty eyes, self-pacifying gestures, difficulty finding words, covering the mouth—are actually signs of discomfort. Most people are uncomfortable lying, and it shows up nonverbally. In essence, a “good” liar is someone who is comfortable with lying.

However, people may feel stress, discomfort, or fear for any number of reasons. Someone who is telling the truth may be JUST as worried that you won’t believe her as someone who is lying!

Or what if a liar is delusional and actually believes the lie? Or what if she doesn’t care if you believe her? Or what if he’s had so much practice lying he’s no longer nervous about it? In all those instances, the liar will breathe more easily and detection will be harder.

My point here is not to tell you how to get away with lying. I stand for authenticity, honesty, and connection—the exact opposite of deception. And for that reason, I don’t write blogs with titles like “11 Signs Someone is Lying” (uh, except this one) or give workshops called “How to Detect Deception.” Instead, I suggest noticing cues from others and using that information to inform your choices. If someone shows signs of discomfort, that’s good information! But don’t use it to make up stories.

Joe Navarro, in his book Louder Than Words, tells the story of an FBI interrogation in which the subject became increasingly distressed. Navarro was sure the woman was lying. Finally, he asked her straight out if she had something she wanted to confess. It turned out her parking meter was about to expire and she was afraid she would get a ticket. Once she fed the meter, she was able to continue the interrogation with no signs of “deception” whatsoever.

So, what do you do when you notice signs of discomfort?

First, make sure you aren’t the problem. What if the person isn’t lying at all, but you’re just making them nervous?? Practice cultivating an atmosphere of safety and acceptance in your interactions: breathe well, hold space, and listen.

Secondly, seek truth. Sometimes you can be direct and simply ask why the person seems uncomfortable. That can be tricky—you must have cultivated safety, gained permission, and be able to breathe well in order to be direct without escalating the situation. Depending on the person and the situation, you may need to be more indirect. But either way, if you approach the person with curiosity and compassion rather than accusation and judgment, you open the door for authentic, honest communication. You may discover the source of their discomfort is totally unrelated to your conversation; or you may pave the way for them to tell the truth.

But let’s say your attempts to create an atmosphere of safety and honesty are met with resistance and increased stress… Then trust your gut. Take the nonverbals into account as you determine how to proceed.

No one wants to be lied to. Accusing others of lying, however, even when warranted, misses the point. The real question is—how will you respond? You may never be able to prove whether or not a person is lying to you, but you can use communication skills to make wise choices about your own behavior.

Be honest and authentic. Seek the truth. Provide an atmosphere where the truth can be told. Pay attention to the clues others give you and make savvy decisions according to what you learn.

Instead of using nonverbal communication skills because you’re afraid of others, use them to inspire, to connect, and to move forward.