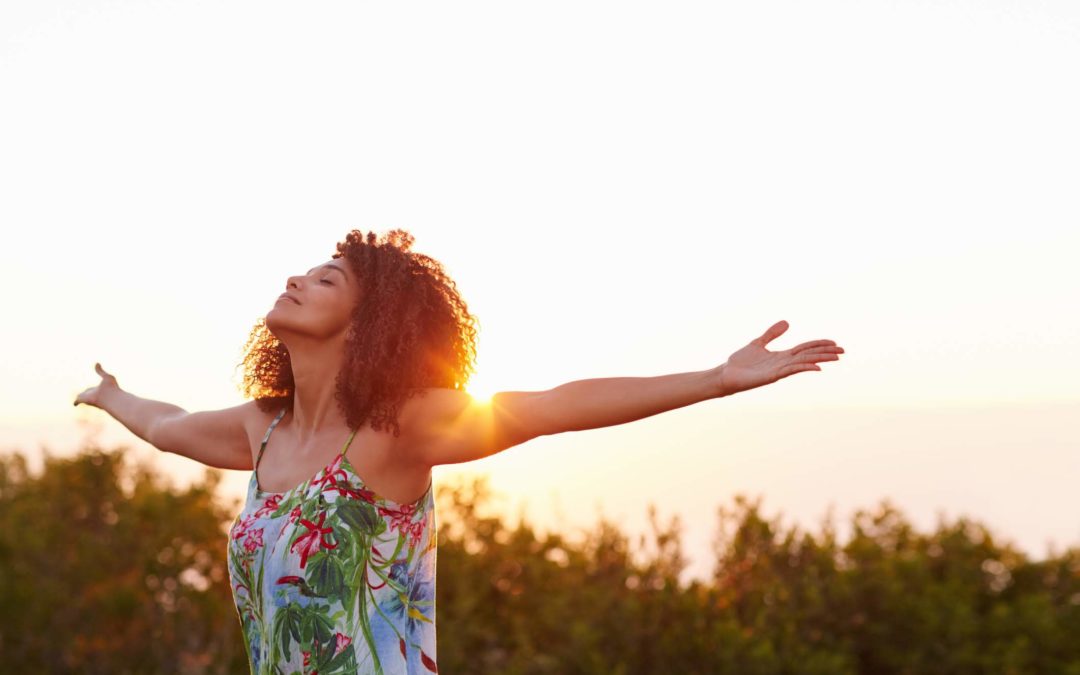 Your space bubble is too small. That too-small bubble is holding you back, turning people away from you, and leading to missed opportunities and connection.

As technology advances, our sense of space shrinks. People used to spend much of their time outdoors, without very many walls or buildings to obstruct the view. Gradually, more and more of us came inside to work. Then came moving pictures… First, we watched on big screens in big rooms with dozens of other people. Later, we watched on smaller screens in the comfort (and isolation) of our living rooms. Now, you watch on your phone locked away in the bathroom.

Smartphones are an ingenious invention and I love mine. With it, I can send video messages to my best friend when we’re too busy to talk, chat with people in Canada and Australia, and share photos with my family in England. Plus, I never get lost! (A huge benefit when you’re as directionally-challenged as I am.) These pocket computers, though, come with a whole host of downsides that you are likely already aware of. You don’t need me to remind you they’re addictive, can ruin your sleep, wreck your posture, and keep you from being fully present with other people. Perhaps you’ve heard Simon Sinek’s comments about how we no longer chat at the water cooler, when we’re waiting for a meeting to begin, or at conference breaks, because we’re all glued to our phones. You engage with the device instead of engaging with people.

Beyond all that, though, there’s another way phones hurt your ability to connect with people that you may not have thought about before: They shrink your concept of space. Most of the time, your concept of space consists of the 10 inches between your eyeballs and your phone screen. You will never feel comfortable in a group, especially if you’re naturally introverted, if you aren’t used to a space that’s big enough to include other people. When you go to a networking event, give a presentation, or have to run a meeting, you can’t expect to feel at ease if you haven’t ever practiced—not the words you want to say (though that’s helpful, too), but taking up space.

A client once remarked how hard it was at networking events to go up and introduce herself to strangers. She had an event coming up and worried about feeling and looking awkward (again!). Instead of discussing conversation techniques, overcoming shyness, or building confidence, we discussed space. As it turned out, once she opened up her sense of space, she no longer had to walk up to strangers and introduce herself. They came to her!

How does this work? There are four steps to claiming space.

The first step to claiming space and inviting connection with others is to simply increase your awareness—Where are you? What’s around you? Who is present? It’s easy to shut off the entire world when you’re focused on your phone screen. (Have you seen the videos of people walking into ponds or poles while texting?) But even when you’re on your phone, you can practice maintaining an awareness of your posture, your surroundings, and the people near you. When you’re alone, space doesn’t matter. But when others are present, make it a habit to acknowledge their presence, even if it’s just in your own mind.

Once you’ve learned to acknowledge your space bubble, expand it. Make it bigger. You don’t have to do this all the time; it takes energy to open up your sense of space, especially if you lean toward the introverted end of the spectrum. But that’s exactly why you need to practice the skill before you need it. If you ever want to feel comfortable in your own skin when you’re in a large space, get used to it before you’re at the networking event or standing in front of an audience or sitting in a panel interview. Right now, how much space are you aware of? Probably the distance between you and your screen. Continue to read, but expand your sense of space to include the entire room… the entire building… the entire block… Can you feel yourself opening up? Practice that.

Use it. Fill it. Open up your body language. When you’re in a tiny space bubble, your body language and gestures fit in that tiny space. You demonstrate that you’re claiming a bigger space when you release tension, open up your arms, and communicate with the entire space in mind. Nonverbally, you send the message, “I am here. I’m present. I’m available to talk to.” It’s much easier to stay small and hide in a corner, but you miss out on meaningful conversation, learning, opportunities, and the feel-good hormones that come from connection. Open up and use the space.

To increase your leadership presence, hold space for the group. If you are in a leadership position, people expect this of you. First, you must claim a space that is big enough for the entire group. Many presenters speak only to the first few rows or tables; in panel interviews, candidates usually address one person at a time. Be big enough to include everyone in your space bubble. Then, hold the space by creating boundaries. You may do this physically, depending on the situation, by closing doors, asking people to sit closer to the front, etc. But if that’s not possible, you can also do it nonverbally with your gestures and body language. Creating a finite space for the group provides safety and demonstrates leadership.

You don’t need to claim space all the time. If you need time and space to yourself, shrink that bubble right on down. But if you want to engage with other people, increase your presence, be seen as a leader, make a good impression, or feel less lonely and isolated, you need this skill in your repertoire. Claim space.